A light drizzle accompanied a good dozen congregation members on their way into a wood near the Fernsehturm (television tower) for the first-ever St. Catherine’s Forest Church on Sunday, July 28th.  Twenty odd worshippers, including one in a stroller, followed Kara to a small clearing in a stand of coniferous trees, where the branches overhead kept most of the raindrops from reaching them. There she invited those present to take advantage of the forest service to pay close attention to the trees and other plant and animal life around them.

To guitar accompaniment Andrew, Kara led participants in  several joyous songs praising God for the wonders of the natural world, including “O Lord my God.” She also read a poem by Malcom Guite, “Prayer Walk,” that began with the lyrical phrase, “A hidden path that starts at a dead end.”  The blessing from NUMBERS 6 that congregation members had been practicing over the past several weeks was shared by all, and as the worshippers filed out of the grove and down the forest path flanked by silver birches, they were singing, “You shall go out with joy.”

Following the service, Kara used holy water to bless several vehicles, from the stroller to a bicycle and the car in which Kingston had driven several worshippers to the area.  As some headed home and others went to have coffee at the Fernsehturm, everyone agreed that another forest service should be held next year! 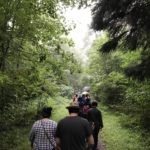 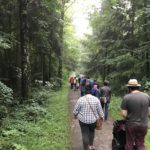 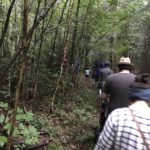 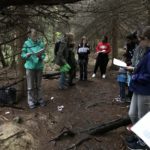 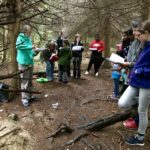 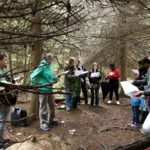 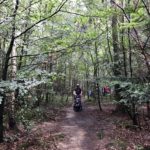 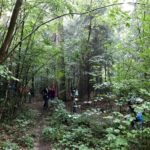 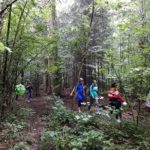 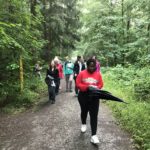 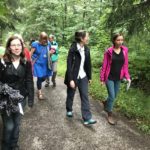 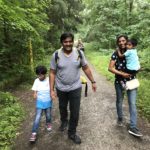 A hidden path that starts at a dead end,
Old ways, renewed by walking with a friend,
And crossing places taken hand in hand,
The passages where nothing need be said,
With bruised and scented sweetness underfoot
And unexpected birdsong overhead,
The sleeping life beneath a dark-mouthed burrow,
The rooted secrets rustling in a hedgerow,
The land’s long memory in ridge and furrow,
A track once beaten and now overgrown
With complex textures, every kind of green,
Land- and cloud-scape melting into one,
The rich meandering of streams at play,
A setting out to find oneself astray,
And coming home at dusk a different way. 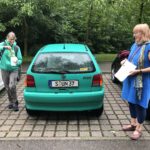 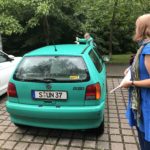 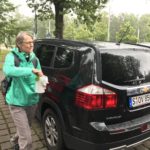 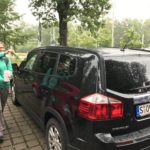 This entry was posted in Congregational photos of events. Bookmark the permalink.